The IAUP panel “Tertiary Education Leadership: Innovating into the Future” was held on October 30, 2013 as part of the official WISE 2013 program. The focus was university leaders (presidents, rectors, vice chancellors) highlighting opportunities and imperatives to create dynamic and enduring institutions serving emerging generations with innovation and adaptation at the heart of their success. The panelists featured innovation as the force that will allow tertiary education leaders to charter the path to the future of their institutions, taking into consideration current trends in higher education. After the panel presentations, participants had an opportunity to provide their own input and reactions on the topic.

Dr. Toyoshi Satow gave opening and closing remarks in his role as President-elect. Dr. Romo provided assistance as moderator/organizer of the session. More information about the panel can be found here: http://www.universityworldnews.com/article.php?story=20131101092922654 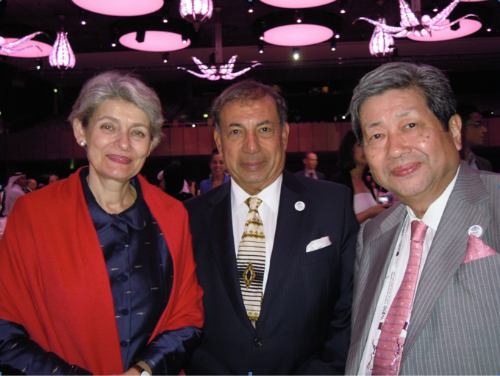 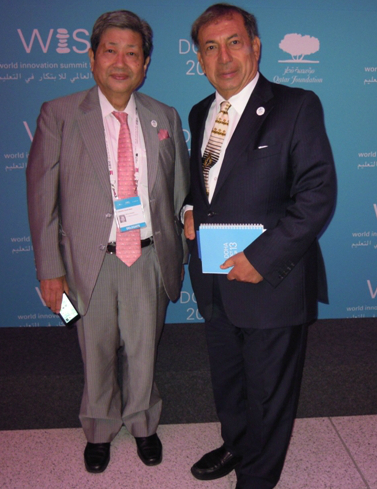