IAUP at the 2013 ACE Annual Meeting

A standing room only crowd gathered at the 2013 ACE Annual meeting in Washington DC on March 2 for a panel discussion titled Global Engagement: The View from Latin America.  Co-sponsored by the International Association of University Presidents (IAUP) and the ACE Center for Internationalization and Global Engagement, the program featured university presidents from Mexico, Brazil, and Chile, who discussed their internationalization strategies and responded to questions from the audience.

Several key internationalization strategies were discussed by the panel.In the context of Latin America, Marmolejo explained, institutions must not over rely on student mobility or MOUs to achieve internationalization.  “The major tool of internationalization should be the curriculum,” he said.  De Souza agreed, “Values are very important to us.  We are not just preparing professionals but also citizens.  We presidents of universities [need to] decide to change our curriculum to get our students to think about their responsibilities in the world.”

Covarrubias and Leon both indicated that international accreditations have become important indicators of higher education quality in Latin America.  Both CETYS and Universidad Mayor are accredited by US higher education commissions.  Covarrubias said, “Our accreditation by the Middle States Commission has enabled us to establish relations with universities around the world.” CETYS was recently accredited by the Western Association of Schools and Colleges.

The panel also provided advice for US institutions seeking to develop international partnerships in Latin America: 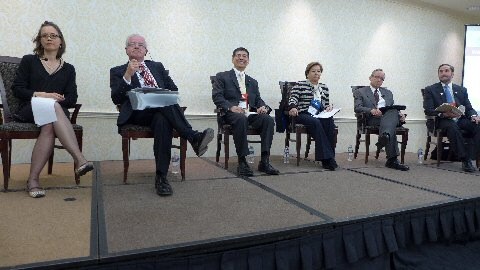