Participation of the IAUP

As has become a tradition every year, the IAUP participated in the 2016 98th Annual Meeting of the American Council on Education (ACE.) This year the venue was San Francisco, California and the number of participants was a record-breaking figure of more than 1,600 attendees, including more than 250 presidents and chancellors and over 170 chief academic officers and provosts. The dates were March 12-15, 2016. As usual, IAUP sponsored the International Welcome and Networking Reception, held on Saturday, March 12, 5:00 to 6:00 pm. IAUP also co-sponsored the International Special Session held this year on Sunday. March 13, from 2:00 to 3:00 pm.

The success of these events was great and the attendance also was higher than ever before. At the ACE welcome and networking reception, Dr. Don Betz, President of the University of Central Oklahoma, said remarks on behalf of the IAUP in his role as Chair of the USA region. Also present at the event were Dr. Ichiro Tanioka (IAUP Treasurer), Prof. Alvaro Romo (IAUP Secretary General,) Mr. Tatsuro Tanioka (IAUP Assistant Secretary General and Deputy Treasurer.) Naturally, other distinguished IAUP members both from the USA and from other countries were also in attendance.

ACE is the nation’s most visible and influential higher education association in the USA. It has internationalized significantly and each year attracts an increasing number of international Presidents, Chancellors and university CEOs from around the world. The networking opportunities at the yearly ACE meeting amply justify IAUP’s participation in this gathering each year. 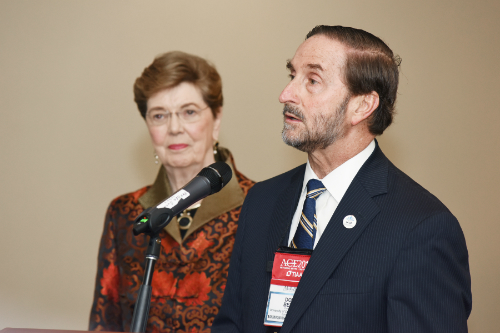 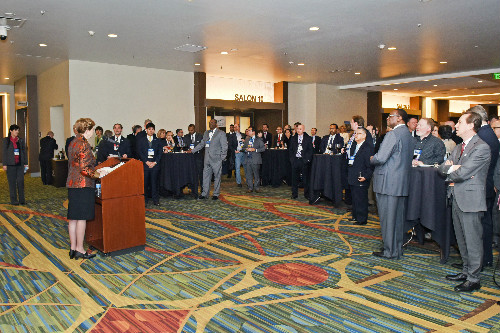