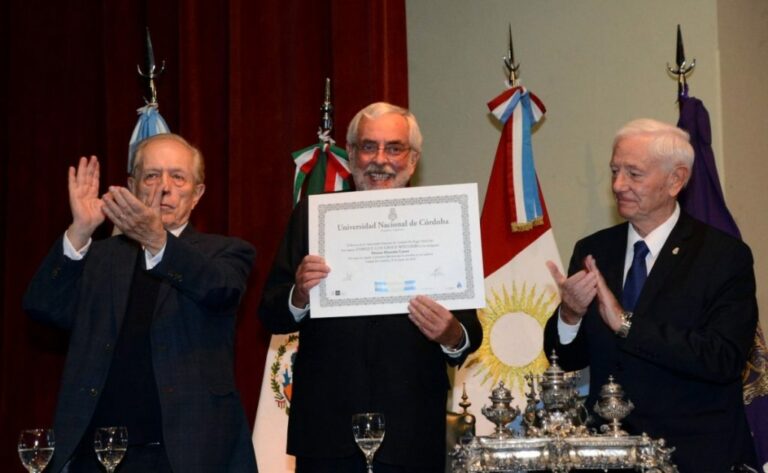 At the ceremony, Dr. Graue highlighted the importance of UNC and its influence on other autonomous universities in the Latin American region. The distinction was presented to Graue by the President of UNC, Hugo Juri, and members of the Board. Secretary General of the United Nations (UN), António Guterres, also received, virtually, an honorary doctorate from UNC during the ceremony.